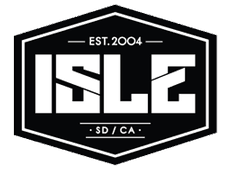 Headquartered in sunny San Diego, CA, ISLE Surf and SUP is a well-known SUP brand that offers a wide range of paddle boards, surfboards, and paddling accessories. For 2018, ISLE’s paddle board lineup consists of 13 models including 7 hard boards, 5 iSUPs, and a soft top SUP. Several of their boards are also offered in different lengths. The company is also behind the affordable PEAK SUP line. 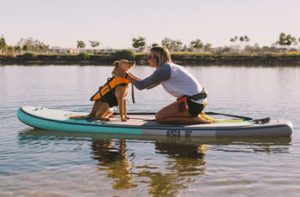 ISLE’s 10’6″ All Around inflatable paddle board is designed for maximum versatility and flatwater fun. This model measures 10’6″ x 31″ x 6″ and it weighs a lightweight 21 pounds thanks to the company’s AIRTECH FUSION-LITE construction. This board features a convenient grab handle at the nose which makes it easier to pull in and out of the water, and there’s also an expandable bungee storage area for securing gear while you’re on the water. For more info on this board, be sure to read our ISLE All Around SUP review. 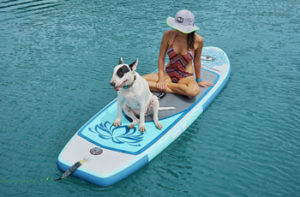 A stable paddling platform that is specifically geared towards the SUP fitness crowd, the ISLE Lotus measures 10′ x 32″ x 6″ and it weighs in at an easily manageable 20 pounds. The brushed traction pad covering the top deck is easy on hands and feet, and there’s a small bungee storage area at the nose and a single removable fin on the underside. To learn more about this model, check out our ISLE Lotus review. 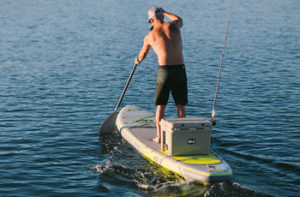 The ISLE Explorer is a faster board that is designed with touring and exploring in mind. This model is available in both 11′ and 12′ versions, two different colorways, and it’s loaded with features like dual bungee storage areas, additional D-rings for tying down gear, and grab handles at the nose and tail. On the bottom of the board are two fixed fins and a removable center fin for improved tracking performance. 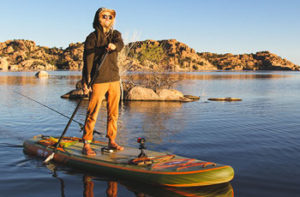 A board that was designed for the growing SUP fishing market, ISLE Sportsman Fishing SUP is a board that includes some features that serious anglers are sure to appreciate. This incredibly stable model measures 11’6″ x 36″ x 6″ and it features numerous D-rings, two bungee storage areas, grab handles at both the nose and tail, and Scotty mounts for adding rod holders, fish finders, and other accessories. 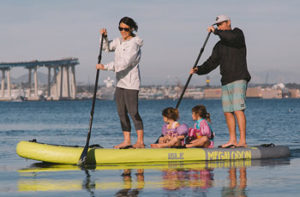 The oversized ISLE Megalodon is a big SUP that was built for maximum multi-paddler fun. Available in two sizes, 12, and 15, the Megalodon features an incredibly stable design that is versatile enough to be used in small surf and flatwater. The 12′ Megalodon can handle 2-3 paddlers, while the larger 15′ model can support up to 7 people. Be sure to read our ISLE Megalodon review for more details on this board.

Previously, ISLE offered a great 2-year warranty but they’ve recently downgraded that to only 1-year with a 60-day money back guarantee. That’s obviously a big negative, especially when competing companies like iROCKER SUP are offering much more affordable pricing and a better 2-year warranty.

ISLE includes a nice accessory bundle with their boards. We really like the fact that everything you need to start paddling is right there in the box — something which is obviously a big selling point for beginners who don’t already have a paddle, leash, etc.

Included with all ISLE inflatable paddle boards are the following: 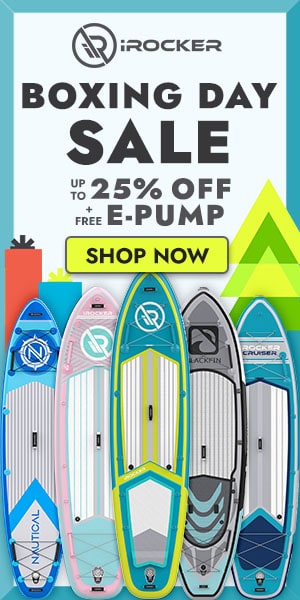 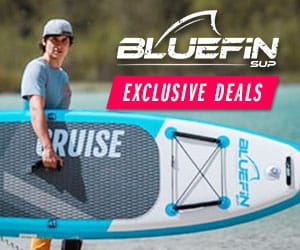